This week’s picture reminds me of Ernest Hemingway’s six-word story; 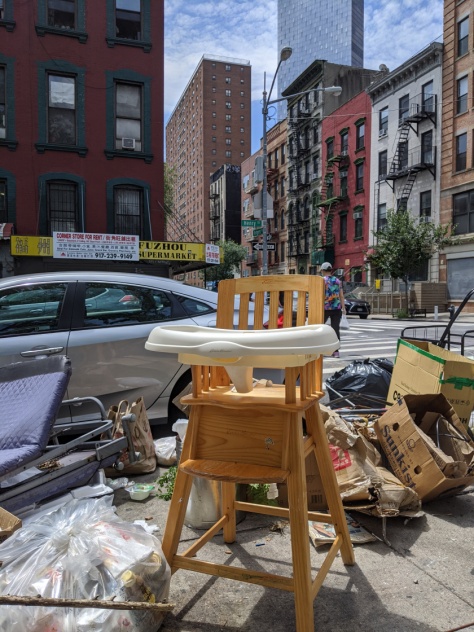 Damn, how Malcolm preferred the office than coming home. He kicked a box out of his way. The City garbage strike was a health hazard.
Then he saw it. Hell! Mary has flipped. Another of her tantrums since the IVF failed, and for the last time. Dr Nolan said it was pointless.
Malcolm suggested adopting a baby girl. No, she wouldn’t listen to him.
In the flat, the aroma of baking eased his tension as Mary pecked his cheek in a gregarious mood.
‘Oh, Malcolm. I’ve decided to adopt.’
‘Then, why throw out the chair?’
‘Because Charlie is three already.’

How Great Thou Art

For my contribution to Friday-fiction this week I have made faith my central theme. Adversity strikes us all at the most inappropriate of times, and it is our faith that keeps us going. Faith and trust in ourself, in others and a better world – Smile.

Other contributions this week – here

How Great Thou Art.

They have come! Carol fidgeted with the cross in her hand.
“Then sings my soul, my saviour God, to thee. How Great Thou Art.”
Surely, they can hear her. “Down here in the basement!”
She watched the crowd of feet; police and medics take away her captor, her abusive and weak-minded cousin. Her keeper.
Carol struggled against the straps in the wheelchair. “Down here in the basement!” She screamed through the gag.
She heard the vehicles drive off; the sudden silence speared her heart.
Carol’s sliver cross fell. “Lord help me today.”
Behind her, the lock turned, the door opened.

The Pleasure of Food 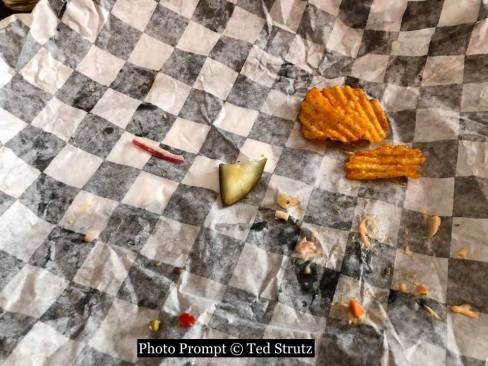 The Pleasure of Food

A sneaky snack while she waited. Laura licked some prawn sauce off her thumb as she heard the elevator start up; Melvin has arrived at last!
She checked in her hand mirror and wiped the crumbs from her chin.
She smiled, where will he take her tonight. Antonio’s does a great Lasagne, and their raspberry ripple you could die for, besides Tony’s a teaser.
Melvin appeared with a stern, disappointed look on his face.
Was it going to be one of those nights?
What now!
He stared at the food wrapper.
He is such a stickler about her petty pleasures.

Tagged Easy Food, Flash Fiction, Friday Fictioneers, Kurzgeschichte, micro-fiction, Observational, Over eating, Pleasure of Food, Relationships, Snacks for all, Too much of a good thing

Young Ones Get Married 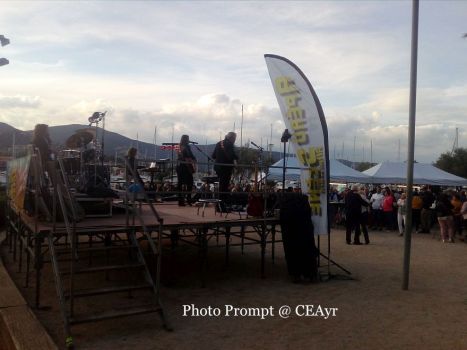 Young Ones Get Married

“Remember our nights in the Barrowland Ballroom. It was wild jigging and dancing. We went mad when Lulu sang ‘Shout’ and then there was ‘Let’s Twist Again.”.’
‘Oh Jack, you were lapping around me like a puppy.’
‘Ten times asking; are you dancing? You said not on your nelly.’
‘Bugger off, I said.’
‘We were wild, rocking around the floor, – everyone watching.’
‘What went wrong, Jack? Look at us.’
‘Fifty years, and they’re still watching.’
‘Aye, and I am still waiting. Are you asking?
‘Oh Maggie, enjoy the moment.’
‘Jack! It’s our tune “Let’s Get Married”.’
‘Yes, I know.’

When I am Alone, I am Afraid

Post for Friday Fictioneers – go to the other stories using this link: 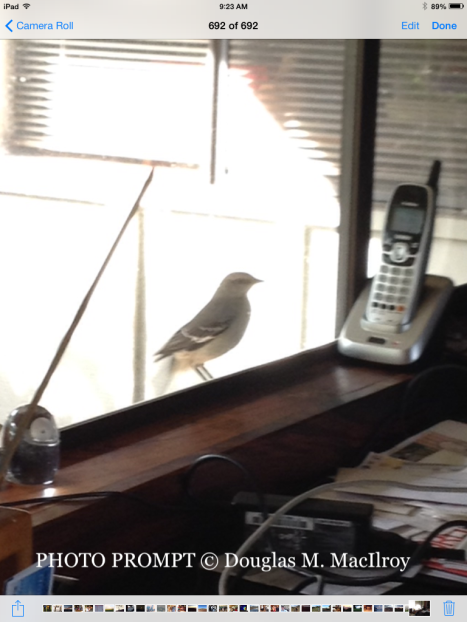 WHEN I AM ALONE, I AM AFRAID.

I can’t remember when I first noticed the little bird, a wheatear. When the telephone rang it appeared at the window and when I hung up the handset, I would drop some seeds or crumbs outside.
A bond developed between us and mutual expectation. The bird became my companion, and I was its source of titbits. We were creatures of habit, and the little bird became a great comfort to me in my moments of deep anxiety.
The bird will migrate soon, what will I do?
I wished the calls would stop, or at least whoever it was, would speak.

I really like this picture as my daughter has a similar pin cushion and there are other items which are recognisable and nostalgic; indeed.

Caroline was just an ordinary seamstress, sewing to earn a few pennies.
She was under arrest; her background being scrutinised.
No comment was all she mumbled to the fashion police. They beat her.
She was a fool: the pin cushion from Hong Kong and the military buttons pointed to her Intelligence role in the Far East.
That was years ago. She was a civilian now and it was commercial espionage.
She had stolen Valantino’s top secret pattern for the Princess’s ballroom dress. Everyone would love a copy, like Cinderella.
Caroline was tight lipped, as an army veteran her pension meant poverty.

The draft wafted a fragrance of jasmine across the counter: I looked up.
‘Carmen!’
‘Hello Joe, can I have one for the matinee?’ She fumbled in her handbag. ‘Usual seat, please.’
‘One? What’s happened to John?’
‘Please, I am in a hurry.’ She passed over the ten-dollar bill and grabbed the ticket. A silver ring rolled from her purse and fell behind the counter.
‘I’ll get that.’ I held it up as she walked away. ‘Carmen, your ring.’
‘Keep it, throw it. I don’t care.’
She slammed the door as she rushed out.
Yes! Tomorrow, I’ll ask her to dinner.

This week I prepared a basic book trailer for my novel MISSING. It is on my author page, if you would like to watch it..

If Ever I Should Sail Away

If ever I should sail away to sea
I’ll search the sun-drenched distant shores
until I find a beating heart in love with me.
Like some rare endangered precious flower,
whose fragrance scent of flirtatious honey
will captivate my mind and soul and body.
In such a paradise I would live to be free,
And I’ll never return to this darn land.
Should I ever sail away, to sea. 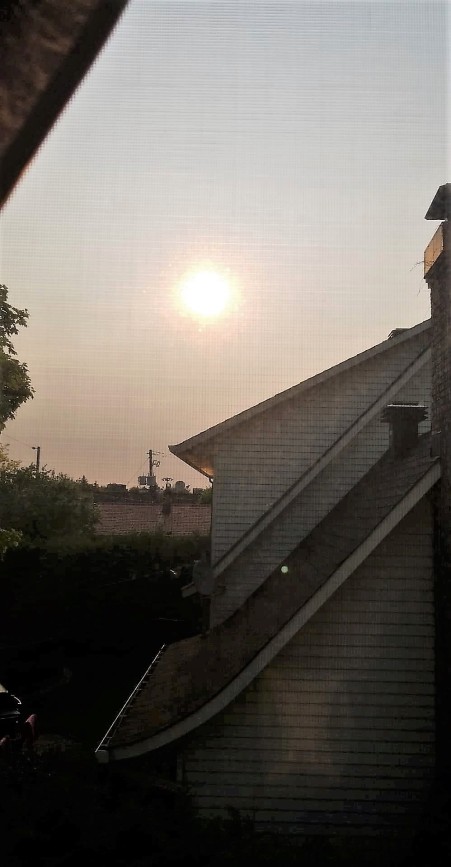 George, the transporter is landing.
Will I miss this place?
We did our best George, we must start over, a new beginning.
I feel a failure; all the destruction and greed.
Oh, George, remember the woolly mammoth.
Downhill since then. Where did we go wrong?
We gave them dreams and intelligence. Our experiment had potential.
Yes, we did very well, but should we just abandon them?
It’s too late, they are out of control; a self-consuming infestation.
George, the bag?
Yes, all human goodness, fully packed.
Think of our next creation; “Mensch”.
A perfect ideal; the Trappist Zone is ready.

Photo by Andrew Neel via Unsplash

Lost in the dark, cold, damp caves. A dragon screeches loud from above.
‘Tim, Tim… Come on… out the cellar now… it’s your bedtime.’
Hot chocolate and dreams of tomorrow’s plans; the jungle in the attic.