This week’s picture reminds me of Ernest Hemingway’s six-word story;

Damn, how Malcolm preferred the office than coming home. He kicked a box out of his way. The City garbage strike was a health hazard.
Then he saw it. Hell! Mary has flipped. Another of her tantrums since the IVF failed, and for the last time. Dr Nolan said it was pointless.
Malcolm suggested adopting a baby girl. No, she wouldn’t listen to him.
In the flat, the aroma of baking eased his tension as Mary pecked his cheek in a gregarious mood.
‘Oh, Malcolm. I’ve decided to adopt.’
‘Then, why throw out the chair?’
‘Because Charlie is three already.’

Fear in the Woods 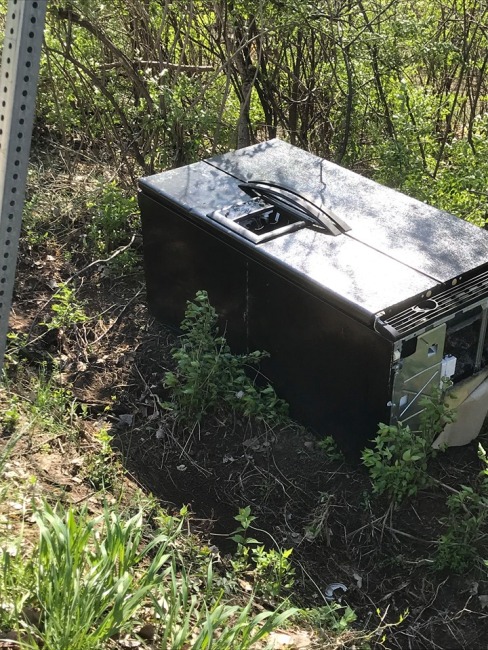 Fear in the Woods

‘Okay, you must stay together. Promise,’ said Maggie. ‘The pie’s in the oven.’
As a child, she loved playing in the woods, but Massie and Albert were little, at least they had Buster.
When the apple-pie was ready, she went to call for them.
‘Albert, Massie, come on in,’ she called walking into the woods. ‘Buster.’
She saw the dumped fridge and gave it a kick. Typical!
Massie shouted, ‘Hi Mum.’
Buster began barking on top of the fridge.
‘Where’s Albert?’ She pushed the dog aside and opened the door. ‘Albert!’
Massie’s lip trembled. ‘He stayed home on his computer.’

My apologies I missed last week – I seemed to have run out of ink.

This week’s Friday Fictioneers from Rochelle

Read more contributions with this link.

It was a dare; we ran naked along the beach.
Months later, the best man embarrassed us. Who told him?
You decorated and choose pictures for our home.
One day you said, “Nothing lasts forever.”
You left and disappeared.
I never liked your taste in art, and I was pleased to dispose of our differences.
But you were wrong.
When I close my eyes, I am with you under the moonlight; swimming.
I dream of us bobbing in the warm water; floating with promises for eternity.
Without your spirit, I flounder in this lonely depth of my dark despairing sea.

Thanks once again to Rochelle Wisoff-Fields for leading us in another: 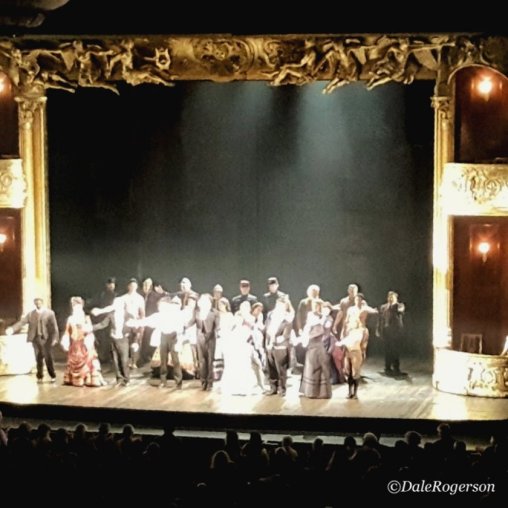 Bravo, encore, applause.
I soak my handkerchief from the emotional turmoil as I realise the beautiful cherry orchard will no longer blossom.
Society’s Axe of change has turned us away from the sweet taste of Kirsch.
Instead, liberation from feudalism offers the poor an alternative brutal taste of vodka and rally cries of revolution.
Lost is their appetite for a ripe, delicate life since they wish to gorge on blood in a drunken fratricide.
What if their future becomes trapped in years of hunger and social poverty?
Perhaps Anya will think back and talk about the beauty of cherry blossom.

When the Grim Reaper Calls

When the Grim Reaper Calls.

I felt a headache and my vision blurred as blood dripped onto the desk.
My mind flew back in time and raced towards a barn, a place I don’t know.
Memories: mother, a dog, a swing, school, my navy days, Doreen, the children growing. A jumble of pictures, smiles and laughter, like a collage of fifty years flashing past.
Guilt crept up my spine with so much to repent and ask forgiveness for the way I treated my sick wife. Overindulgence with her insurance money.
What’s waiting in the barn? Is it Heaven or Hell?
Will Doreen be there?

I was invited by Lynne to take part in an 20 Question Interview.

You can read the full interview on her site Fictionophile

Please feel free to comment, if you enjoying reading my responses.

I love the solitude of walking in the park; it reminds me of you asking to play ball with me. Afterwards, we grew in love sitting on a bench talking of brilliant futures.
I am alone tonight since Old Joe with his terrier are in the hostel. He once said the park was his kingdom of peace on Earth.
I believe him.
The snow muffles sound, and the crunch of footsteps are reassuring as I retrace my memories.
It has been years, but I can feel you holding my arm and see the snow sink with your footsteps by mine.

This week I was inspired by Stephen King’s novel Misery. 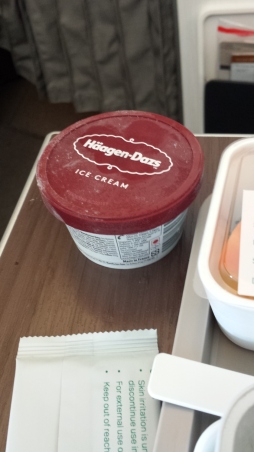 My dermatitis was getting worse; a life of misery.
Martha, my treatment nurse, suggested an allergy to soap or detergent.
But which one?
‘I’ve read your book,’ she said.
She used solid ice cream to cool my legs – it was heaven.
‘Perhaps itching powder,’ she stated, and patted my skin dry.
She spread a foul-smelling ointment onto my chest.
‘That makes it worse. It stings!’
‘Painful,’ she said. ‘You mean like Elaine.’
‘Elaine! She is not real, it’s just a story!’
‘Maybe she is the reason for your rash.’ Martha rubbed in the gel. ‘Poor Elaine.’
‘Please stop.’ I screamed.

Read the other pieces of flash fiction. HERE

When we were children, we would sit with our grandmother and gaze at the boats on the lake.
She would stitch away at her patchwork quilt and listen to our problems.
‘Remember,’ she once said. ‘Hitting people is wrong; although,’ she laughed.
‘A quick slap to make a point and a kick up the butt is good for lazy ne’er-do-wells.’
She shook her head and pointed at us. ‘Yea, they soon forget the pain and may even thank you.’
‘Whatever you do; don’t torment people.’ She wagged her finger. ‘Emotional scars don’t heal.’
She would never talk about Uncle John. 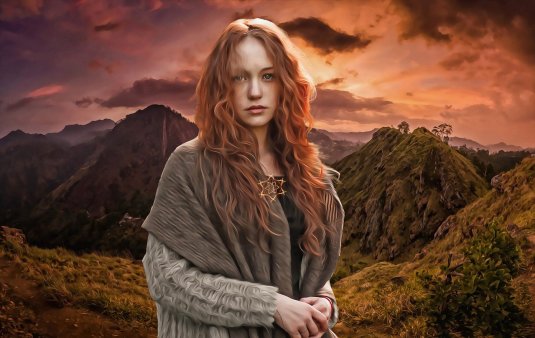 The appearance of Geillis Duncan as a character in the popular TV series “Outlander” reminded me of a story I wrote some time ago.
The persecution of women throughout history by powerful men without repercussions invokes a sense of injustice. The witch hunts of the 16th century in Scotland were driven by superstition and insecurity. The arrest and trials of of witches and warlocks was supported by King James VI who was convinced that witchcraft was responsible in an attempt to kill him by creating a storm at sea that almost capsized his ship. A teenage maid servant, Geillis Duncan, was one of the first to be accused and subsequently executed.