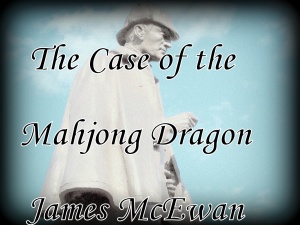 The Case of the Mahjong Dragon.

Mr Nigel Gilbert, a senior curator of the Huntley Galleries, was found drowned in the Kelvin River, an incident considered by the procurator fiscal office as a tragic suicide. However, Mrs Ambrose Gilbert is convinced it was murder.

The Case of the Murder at the Falls.

Miss Morag McKay a mill worker from New Lanark and a temporary maid at Bonnington house has aspirations of immigrating to America, encouraged by her boyfriend. Jewellery belonging to Lady May of Bonnington goes missing and Morag is found dead the result of an apparent accident. Unsatisfied with the official version of events, Lady May writes to Holmes asking for his help to solve what she now considers was a murder. 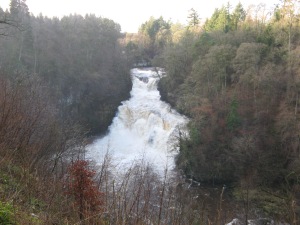 Falls of the Clyde

The Case of the Asylum.

Sir Duncan Ingles travelled to inspect his tea plantations in the Kundala Valley in India. On arrival he was surprised to be informed by his brother-in-law, Mr Grant Hamilton that Sir Duncan’s sister Ophelia had returned to Scotland due to ill-health. Subsequently, Sir Duncan discovered that Mr Hamilton had proposed marriage to another woman, claiming his original relationship was dissolved. Ophelia was described as a woman possessed by demons, who had exhibited hysterical moments with delusions, and was incarcerated in an Asylum for her own safety.
Sir Duncan employs Holmes to rescue his sister immediately and by the time he returns to Glasgow.

The Case of the Ivory Hunting Horn.

A body is impaled on the railings outside of the British Museum in London after an attempt to steal the Benin ivory carvings. In Glasgow a German Baroness commissions Russell Holmes to recover a stolen artefact, an ivory hunting horn, and find the thief. However, the importance of the artefact goes beyond anthropological interests, an amusing discovery for Holmes. 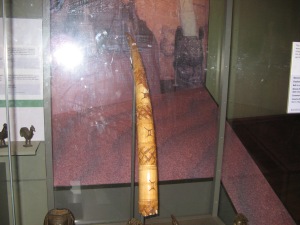 The Case of Thomas Glover.

Mr Thomas Glover, a foreman in a tobacco warehouse, is accused of killing a notorious criminal, Vincent McPhee. Although Glover is innocent, the overwhelming evidence implicating him in the act is sufficient for the High Court to order a death sentence. Holmes must resolve the case before it is too late. 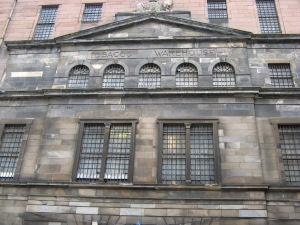 The Case of the Cryptic Assassin.

An encoded message reveals that a foreign dignitary from Afghanistan is to be assassinated in George Square during a Military parade. The consequence of which would result in a sever breach of international trust between the countries and lead to war. The police believe their plans will foil this attempt, however, Holmes is not convinced. 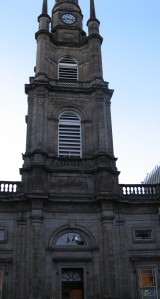 The Case of the Yankee Alchemists.

To discover the murderer of a jockey, who was found dead in St Mungo’s, Holmes and Wilson attend the races at Ayr where the same syndicate has won the Ayr Gold Cup for the last few years. Although it is known that horses are being doped there is very little legislation against the process. Mrs Fergus is delighted to accompany Holmes and Wilson as she enjoys a flutter on the horses. But, when she is kidnapped Holmes fears for her life.

The Case of the Criminal Mind.

A man returns from the dead and this prompts an immediately order for the exhumation of his grave. When the coffin is opened a naked corpse of a young woman is discovered on top of the unknown cadaver. A few days later two more murdered women are found behind the Central Station, both with the same mutilations as the young woman found in the coffin. This encourages speculation that ‘Jack the Ripper’ from London has arrived in Glasgow.

This site uses Akismet to reduce spam. Learn how your comment data is processed.